From relationships to revolutions: seven ways Facebook has changed the world

On Monday, one in seven people on Earth used Facebook – 1 billion people, according to founder Mark Zuckerberg. In a decade, the social network has transformed people’s relationships, privacy, their businesses, the news media, helped topple regimes and even changed the meaning of everyday words.

“A more open and connected world is a better world. It brings stronger relationships with those you love, a stronger economy with more opportunities, and a stronger society that reflects all of our values,” wrote Zuckerberg in the post announcing the numbers.

These are just some of the ways his company changed everything – for better or worse.

Facebook has changed the definition of “friend”
“To friend” is now a verb. And unlike real life when the ending of a friendship can be deeply traumatic, it is easy to “de-friend”, a word invented to describe ditching a casual acquaintance when they are no longer enhancing your Facebook newsfeed.

High school and university reunions have become redundant – you already know whose career is going well, whether the perfect pair have split and you’ve seen endless pictures of your schoolmates’ babies. You won’t be surprised by an ex in the street with a new girlfriend or boyfriend: you already know they’re dating someone else from the romantic selfies.

But unlike in real life, Facebook has no hierarchy of friendships. A classmate from one project at university who you haven’t seen in 15 years, a friend-of-a-friend from a stag do, or a colleague you’ve never actually spoken to in person – they are all Facebook friends in the same way as your closest mate, or your spouse, or your mum.

It doesn’t necessarily mean we see them the same way. Prof Robin Dunbar is famous for his research that suggests a person can only have roughly 150 people as a social group. Facebook hasn’t changed that yet, he believes, but in an interview with the New Yorker, Dunbar said he feared it was so easy simply to end friendships on Facebook that eventually there may no longer be any need to learn to get along.

Zuckerberg: one in seven people on the planet used Facebook on Monday
“In the sandpit of life, when somebody kicks sand in your face, you can’t get out of the sandpit. You have to deal with it, learn, compromise,” he said. “On the internet, you can pull the plug and walk away. There’s no forcing mechanism that makes us have to learn.”

We care less about privacy
There’s a wise saying – if you’re not paying for it, you’re the product. Facebook embodies that philosophy and created an entire industry from it. The astonishing thing is that users know that and they willingly hand over that information.

Pew Research Centre found most young people more than willing to hand over their details. An overwhelming majority of 91% post a photo of themselves, 71% post the city or town where they live, up from 61%, more than half give email addresses and a fifth give their phone number.

More than 80% list their interests, allowing brands to target them most effectively. But most younger users do restrict their profiles, with 60% allowing friends only.

But as so much of a person’s life is shared online, Facebook gives a platform for everyone to cultivate an image and a fanbase. In an article for the Frontiers in Psychology journal, academics described a new phenomenon, the emergence of the “Facebook self”.

Facebook has created millions of jobs – but not in its own offices
Facebook has essentially created an entire sector, including indirect employment for people whose job it is to make the platform work for their brand.

Facebook urged to tighten privacy settings after harvest of user data
Read more
“It is a tool like no other,” said Michael Tinmouth, a social media strategist who has worked with brands such as Vodafone and Microsoft. “Marketers have an understanding of a brand’s consumers like they have never had before. The data and analytics available to you are extraordinary. You know who your customers are, who they are friends with and how they engage with your brand.”

And advertisers pay a lot for that. Facebook reported ad revenue was up 46%, reaching $3.32bn.

The sector based around Facebook is booming, Tinmouth says. “What was a community manager 10 years ago? There are hundreds of agencies which exist specifically for social media. It is an entire ecosystem for media, marketing, sales and technology. The question is now, how do you cut through the noise, and how do you keep control of the conversation?”

That last question means Facebook is also a minefield for brands. Suddenly, rather than complaint conversations taking place over the phone with a customer service representative, or on a small specialist internet forum, angry customers can post their complaints for hundreds of their friends to see, or even on the page where all loyal fans of the brand have been carefully cultivated. And an injustice can go viral.

For the UK 2015 general election, both main parties – Labour and the Conservatives – showed how important social media was for their campaigns by importing the consultants of the world’s first real social media election – the 2008 victory of Barack Obama in the US. The Tories hired Jim Messina, Obama’s 2008 campaign manager, and Labour had Matthew McGregor, who was on the frontline for the online fight against Mitt Romney in 2012.

But the parties who ruthlessly focussed on Facebook came out on top. Both the Conservatives and Scottish National party’s social media managers told Channel 4 News that the platform was their main concern. The Conservatives were said to have spent £120,000 a month on Facebook, on Messina’s advice, because they could target floating voters accurately, rather than waste time having “1 million conversations” like Labour.

“Political parties, like any other brands, have the opportunity to say ‘actually, these are the sort of people that we need to reach out to, these are the sort of messages they need to receive’ – and then you can pay for advertising to get those right messages to the right people at the right time,” Craig Elder, the Conservatives’ digital director told Channel 4. “We knew that we could be very targeted and reach out to the people in the places that were going to decide this election.”

Kirk Torrance, the SNP’s digital strategist, had a different but equally effective approach to using Facebook: “This idea of the SNP everywhere – all the activity, all the photographs – any kind of proof, social proof, that the momentum was with the SNP.”

Though the Arab spring was dubbed the Twitter revolution, organising demonstrations and direct action has been revolutionised by Facebook. Manchester University’s Olga Onuch found Facebook had been the key medium for reaching half of all the Euromaidan protesters in Ukraine.

Facebook posts signalled the start of the Maidan protests during the hours after it was announced that Ukraine would not sign a free trade and association agreement with the EU, Onuch found. The posts organised live action, not just online anger. Mustafa Nayyem, the Ukraine activist, posted: “Guys, let’s be serious. If you really want to do something, don’t just ‘like’ this post. Write that you are ready, and we can try to start something. Let’s meet near the monument to independence in the middle of the Maidan.”

Many of those interviewed in Onuch’s research said they relied on Facebook for the truth about what was happening – unable to trust traditional media.

But the barrier between social media activism and actual revolution was a source of frustration for many Onuch interviewed. “Our findings show that [social media] use had both a unifying effect, creating a collective identity and shared language of a civic struggle for rights, but also made free-riding easier and more satisfying – since ‘liking’ a protest event gave individuals the feeling that they had contributed to the cause,” she wrote.

Roughly 71% of 18- to 24-year-olds say the internet is their main news source, and 63% of users overall, according to the Pew Research Centre. About a third of Facebook users post about politics and government.

Most people will first encounter a piece of journalism or an item of breaking news via Facebook or other social media, and most of those encounters will be on mobiles. Individual articles are now a news brand’s showcase, not the site’s homepage.

Users might never have to leave the site to get their news: Instant Articles – which the Guardian has signed up to – will see stories run within Facebook. It allows news companies to sell ads around their articles, gaining them 100% of that revenue, while Facebook can also sell ads around that article, with 70% of the revenue from the social network’s advertising also going to the news companies.

Greg Marra, the Facebook engineer who designs the site’s news feed, told the New York Times he does not see the site’s role like that of an editor. But some sites rest their fortunes entirely on Facebook shares – in December 2013, when Facebook decided users no longer liked the “clickbait” teaser headlines from sites like Upworthy and Distractify, the sites saw huge dips in traffic. But their method of writing headlines had hugely influenced legacy brands.

Facebook has also changed the ways journalists write stories. It is a resource many reporters cannot now live without. For better or (often) worse, it is a directory to find, contact, and glean information for almost any ordinary person, who might suddenly find themselves at the centre of the day’s biggest news story. Facebook has its own newswire, sharing the most useful user reaction to breaking stories, including pictures and videos.

It used to be a site to get college students connected, with only an elite number of US universities allowed access.

In 2014, a decade after its launch, 56% of internet users aged 65 and older have a Facebook account. And 39% are connected to people they have never met in person.

Groups have given way to pages, writing on each other’s walls is passé and carefully curated albums have given way to instant mobile uploads. More than ever, the site is a gateway not just to your friends, but to the rest of the internet.

We may as well get used to it, said David Kirkpatrick, author of The Facebook Effect. “It might very well go away further down the road, but something this big takes a long time to disappear,” he told BBC Radio 4’s Today programme. “Facebook has proven its ability to morph, and it will continue to be a very, very major player.” 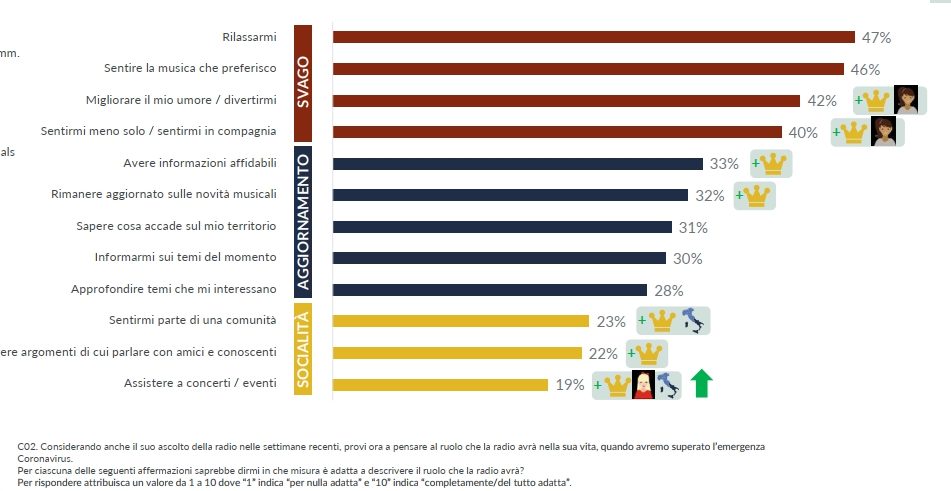 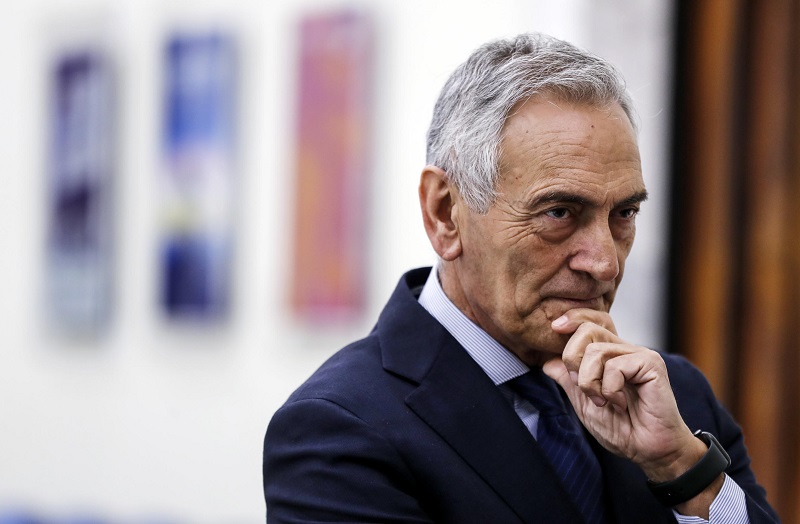